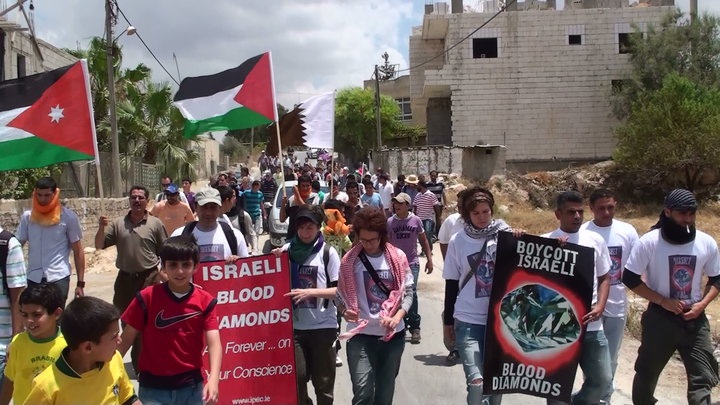 I spent about a week, in whole, shadowing the CPT team in an effort to find out whether or not I wanted to move forward and apply for their training as a reservist. During that time I had the great fortune to meet up with other groups that had a presence in Hebron – ISM was one of them. They, like CPT, call on civilians from across the globe to participate in acts of non-violent protest against IOF in the West Bank and Gaza. Unlike CPT, ISM is Palestinian-led.

So today, I will tell you why ISM’s very own

Huwaida Arraf is a Bad Ass! 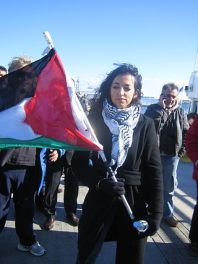 Huwaida was born in Detroit, MI to Palestinian parents that hailed from Beit Sahour (Gaza) and Mi’ilya (Galilee). She majored in Arabic and Judaic studies and Political science at the University of Michigan. Later she spent a year at Hebrew University and studied Hebrew on a kibbutz – which is pretty ‘effin cool in itself! She received her J.D at American University’s Washington College of Law in International Human Rights and Humanitarian Law. During her time as a law student she worked at International Human Rights Law Clinic representing clients on human rights issues.

She was a program coordinator for Seeds of Peace, and regional coordinator for Center for Coexistence in 2000 and 2001 respectively. In 2001 she co-founded ISM and has participated in the training of thousands of volunteers from around the world in non-violence and in human-rights monitoring and reporting. She was the chair of the Free Gaza Movement – the Freedom Flotillas, if you remember them – and was on both the 2008 ship as well as the 2010 one that was raided by Israeli commandos. This woman has a steel spin, folks!

Huwaida is a woman amongst women and an enormous inspiration to me!

Check out more about ISM and Huwaida here

One Reply to “Huwaida Arraf is a Bad Ass!”