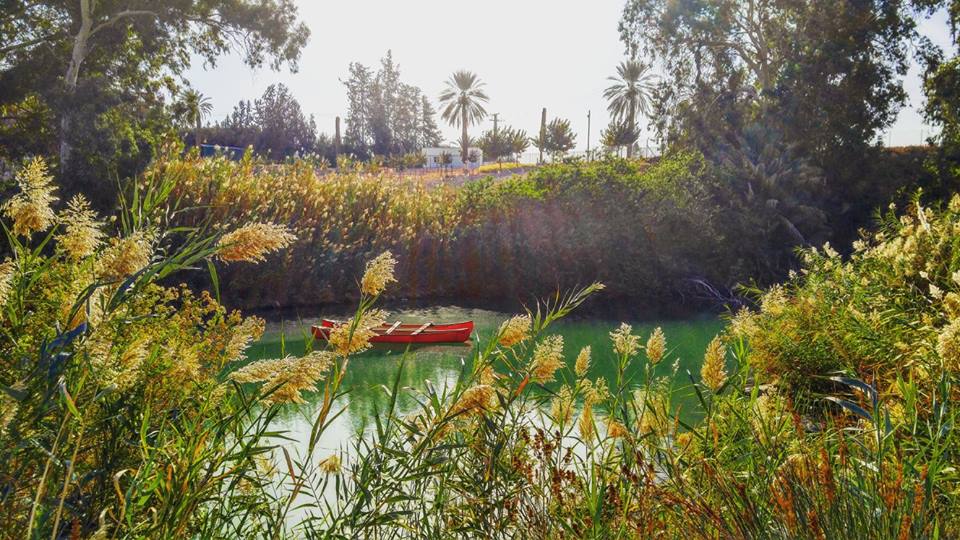 The lip of the river was carpeted in a bed of tender moss, enveloped in sharp edged bulrush and the stiff stalks of sea wheat. It was in this narrow pocket that I sat, watching the sunlight dance on the algae green waters of the Jordan River as it changed from early morning gray to mid-morning golden. It was mercifully silent; the ever-present hoards of tourists hadn’t arrived yet.

Like any visitor of Israel would, I visited the holy sites. I would awake before Fajr and take to the abandoned streets, the pre-dawn darkness fractured by the occasional street lamp. I ranged through the steep alleys, and narrow roads of Jerusalem like a hungry dog; the Old City was my lover and I was determined to know her secrets. Inevitably – and it is inevitable in a city .35 sq. miles – I would happen upon some holy site or another. Each time I would enter, hoping to find a few quiet moments in the darkness to reflect and pray. Instead I found an impenetrable wall of tourists, the frantic sound of their camera shutters clicking out a desperate Morse Code; … .- .-.. …- .- – .. — -.

To say I was relieved to find myself alone at the Jordan that day is an understatement; I sank into the vacuum of human absence, closing my eyes and reveling in the silence that had become such a rare gift in my first two weeks. I slowed my breathing, and gradually relaxed enough to begin the meditation.
I imagined Jesus sitting next to me, my head on his shoulder. This is not the only visualization I use – but it is the most frequent. It’s in this specific meditation that I deepen my relationship with Jesus, drawing closer to him and engaging with him. Each session is different; there are times when I sit in silence, holding the moment in my head; there are times when I am in need of comfort; times when I am confused about my path. The best times, though, are the ones where I’ve come simply to spend time – for no other reason than to just BE with my creator. These are the times where he becomes real for me, and they are filled with joy.

‘How do they know if it’s the real spot?’ I wondered.

‘They don’t,’ he responded ‘but it’s in the same neighborhood. What do you think, John?’

John. The name is tenderness for me, filled with meaning. My beloved grandfathers were both John, a cherished mentor is John, a man that took me under his wing as a fledgling musician is John.. and of course, my baptismal name is John. As in John,

‘The Baptist, that’s right,’ he smiled in response to my unanswered query.

Despite feeling a strong pull to John the Baptist – so much so that I took his name – I had never encountered him in any of my meditations before. Jesus had always felt gentle to me, but I could feel John’s wildness through the confines of the visualization. It was as if he was an untamed horse, one that you had to watch carefully and didn’t make any sudden movements around. It was then that the stark realization hit me.

I had taken the name, and decided to follow in the footsteps of two of the greatest rabble-rousers known to man.

Before I could stop myself I was doubled over in laughter, shaking the sea wheat that enclosed me in that little pocket near the river. I can only imagine what people would’ve thought had they walked by a laughing bunch of bulrushes.

‘I’m screwed!’ I said between fits of laughter, and to my great surprise they began laughing with me…which made me laugh even harder. Finally I opened my eyes and before me, perched on a muddy stone just a few feet away was the biggest damn crow I had ever seen. I had no idea how long it had been there watching me laugh myself loony, but he was now staring at me rather intently from his beady little eye.

“Nice,” I said in mock sarcasm. “Jesus gets the dove, I get a dumpster with wings.” I’m fairly certain this creature understood what I had said, because it took off just then with a snippy little flap of his wings and what seemed like a pissy tone to its caw. As I watched it soar, I heard a frantic rustling sound in the bushes next to me, then something suddenly exploded out from between the leaves and launched itself into the sky.

A few more flew from a near by tree.

And it just. kept. going.

I counted at least 20 of them flitting around above where I stood on the bank of the river, mouth open (you really shouldn’t do that when birds are around…you get my point?) in total awe.

In that moment, I felt God say, “this is my beloved daughter in who I’m well pleased.”

Comment below to tell me when you heard God say this to you the first time.

2 Replies to “Meditation on the Jordan”